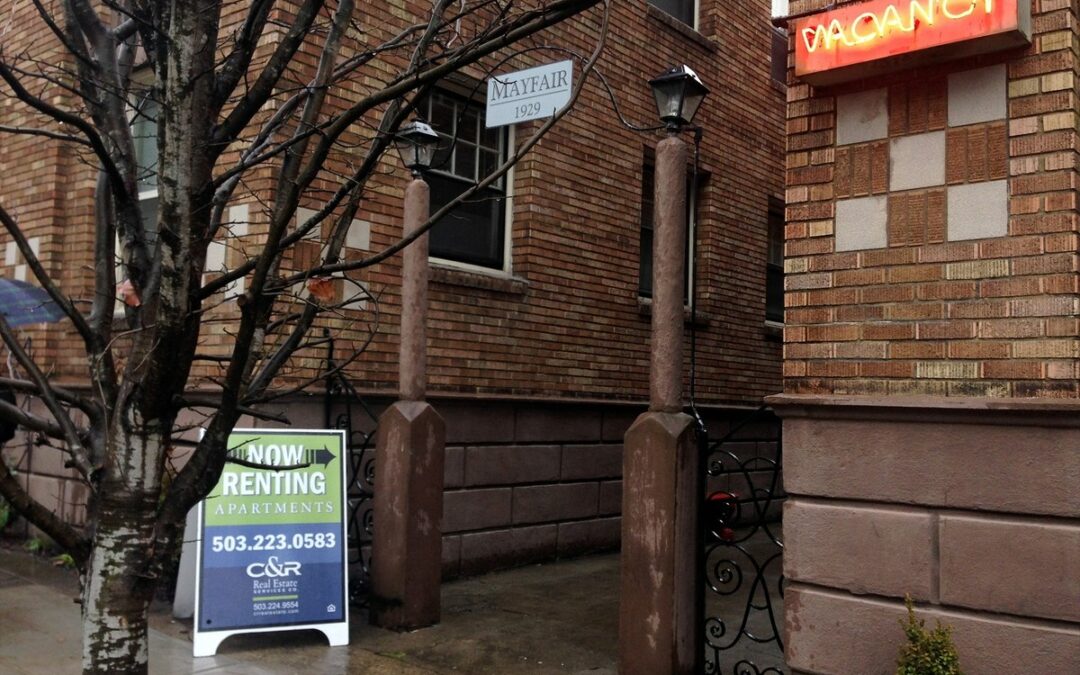 Top lawmakers and Gov. Kate Brown are haggling over how fast rent should increase.

No U.S. state currently places statewide limits on how much landlords can increase rent.

But Oregon may soon.

Leadership of the Oregon Senate and House as well as Gov. Kate Brown are negotiating with one another on details of a rent control bill that would restrict how much landlords can hike rent each year, WW has learned.

One sign the effort is serious: Oregon’s elected officials have moved past debating the basic concept and are haggling over numbers. Tenant advocates are pushing for a 5 percent per year limit on rent hikes while landlords want a higher cap. Legislative leaders are discussing a deal that could cap increases closer to 10 percent, sources tell WW.

House Speaker Tina Kotek (D-Portland), who has championed tenant protections before, is negotiating with the more conservative Senate leadership and Gov. Brown, a skeptic of rent control, multiple sources familiar with the negotiations say.

The fight over rent regulations is a ripple that has the potential to be the first concrete impact on policy of the national “blue wave” that hit Oregon in the November election. The anti-Trump backlash helped strengthen Democrats’ hold on both houses of the state Legislature, giving them supermajorities in both chambers.

“There was an unequivocal message that came out of this election: It’s a whole different ballgame this session,” says Felisa Hagins, political director of Service Employees International Union Local 49. “The legislators are going to have to do a whole host of things to fix the housing crisis, but the tenant protections legislation is a bedrock. We have to keep people in their homes.”

In 2017, the House passed a bill that would have ended landlords’ ability to evict tenants without stating a cause in a court proceeding, and would have overturned a 1985 law prohibiting any locality limiting rent hikes.

But House Bill 2004 died in the state Senate after Sen. Rod Monroe (D-East Portland) refused to support it. Monroe is also a landlord who owns an apartment complex in Southeast Portland.

Tenant advocates targeted Monroe in the 2018 Democratic primary—and former state Rep. Shemia Fagan (D-Clackamas), who campaigned in large part on the housing crisis, beat him soundly, despite an outpouring of contributions from real estate interests to Monroe.

And then, in the general election, the Democrats picked up a seat in the Senate when Alan DeBoer (R-Ashland) did not run for re-election. That gave tenant advocates one more vote.

The tenant-protections bill for this session is expected to build on concepts from two years ago, including limits on no-cause evictions.

“Rent control” is a term of art. Oregon Democrats are quick to distance themselves from old-school policies that place a hard cap on rents. They prefer instead the term “rent stabilization,” which technically would limit the amount by which landlords could increase rent.

November’s election results may stiffen the resolve of Oregon Democrats. But the Legislature has a busy agenda this session that includes cap-and-trade limits on greenhouse-gas emissions and funding bills for Medicaid, school and public-employee pensions.

And there’s some question how far Senate Democrats will go to limit no-cause evictions. At least one moderate Democrat remains skeptical.

Sen. Lee Beyer (D-Springfield) says he has “a concern about eliminating no-cause evictions,” as he does about a stricter version of rent control. But he adds he might support a compromise on both, allowing cities some leeway on no-cause notices and backing a limit on rent increases.

“I’m inclined to support a cap on how much rents could be raised,” he says.

Real estate interests contend they have the votes to stop rent control.

“I believe there are still sufficient votes in the Senate to resist any system like that envisioned in HB 2004,” says lawyer John DiLorenzo, a lobbyist for More Housing Now, a political action committee for landlords, started in 2017.

“We have a significant concerns about…rent control,” says Shaun Jillions, a lobbyist for the Oregon Association of Realtors and large property owners. “Historically, rent control has harmed the very people it’s intended to help, by reducing supply and increasing [security] deposits.”

But real estate interests have identified something they want in return. They favor eliminating local tenant protections—like the Portland relocation ordinance passed in 2017 by Mayor Ted Wheeler and City Commissioner Chloe Eudaly. That ordinance requires landlords to pay moving costs of tenants whose leases aren’t renewed, who are asked to leave without cause, or who leave after a rent hike of 10 percent or more.

The bill currently under discussion, which hasn’t yet been drafted, comes as rents have flattened in Portland, which may make it an easier restriction for the industry to accept.

The outcome will likely hinge on Gov. Brown. She’s been skeptical of rent control, but her spokesman, Chris Pair, says she’s open to the conversation.

“The governor believes the challenge with rent stabilization concepts are not their intent, but on how they are crafted,” Pair says. “Because they can have the opposite effect. The governor’s team is engaged in conversations about rent stabilization and needs to review the bills before determining support.”

Correction: An earlier version of this story misidentified the landlord group John DiLorenzo is representing. He is a lobbyist for More Housing Now, a political action committee for landlords, started in 2017. WW regrets the error.